Bergara: is one of the most stately small town in Gipuzkoa for its monumental complex. Need to be visited: Church of San Pedro de Ariznoa (Basque Gothic style), Church of Santa Maria de Oxinondo, old templar church with wonderful altarpiece made by Van Dyck, the Town Hall and the Royal Seminary of Nobles, the first cultural center of Spain, and headquarters centre of  UNED, the Tower of Gaviria and the Palace of Ozaeta.

Oñati: Oñati is undoubtedly the best monumental town of Guipúzcoa. The most interesting buildings are the University Palace, the Church of San Miguel and the Plaza de los Fueros, with the Town Hall and the Palace of Lazarraga. From Oñati we take the panoramic road that ascends to the Sanctuary “Arantzazu´´.

Zumarraga: At the top of the hill, surrounded by nature, you could see La Antigua, a small and old hermitage. Unique in its style, it is one of the jewels of the Basque religious architecture of the XIII century.

Azkoitia: We could find the Church of Santa Maria la Real, famous for the romantic baptismal font and its great romantic organ “Cavaillé Coll” from 1898; palaces like the House of Idiakez, known as Etxe-Beltza or Black House, the Town Hall, the Tower of Balda, the House of Insausti, Baroque style and the birthplace of the famous Xavier de Munibe, Count of Peñaflorida, primitive headquarters of the Real Basque Society of Friends of the Country, and the Palace of Floreaga.

Sanctuary of Loiola: The Basilica, with its baroque style and an altarpiece of the same style, circular plant, a majestic dome 65 meters high and a magnificent organ, and the House-Tower of San Ignacio de Loyola. This splendid monumental complex was built between the 17th and 18th centuries, around The Loiola´s Tower House in honor of the most universal Basque, St. Ignatius of Loyola, the founder of the Society of Jesus.

Azpeitia: In its old town we find  the Church of San Sebastián de Soreasu and interesting and stilish houses like The House of Antxieta, the birthplace of the musician of the Catholic Monarchs Juan de Antxieta, or Casa-Torre Enparan. There´s also a known Bullring. 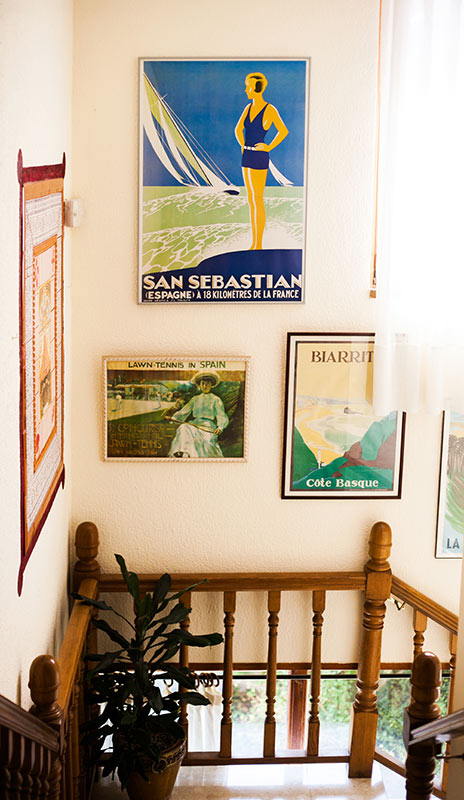